Bunker Coffee. Brisbane’s smallest cafe? Maybe. Converting an abandoned bomb shelter/garage with street frontage into a little hole-in-the-wall cafe is a great use of space. And if you add vines that camouflage your shop front with real leaves – you’re just one step away from classy. The final piece of the puzzle is great coffee with friendly service. Bunker Coffee in Milton has it all. 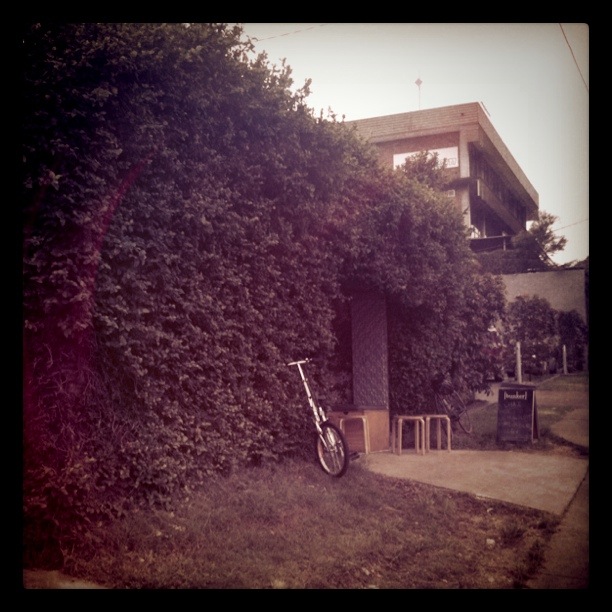 Here’s our first round of orders – a picollo latte and a flat white. 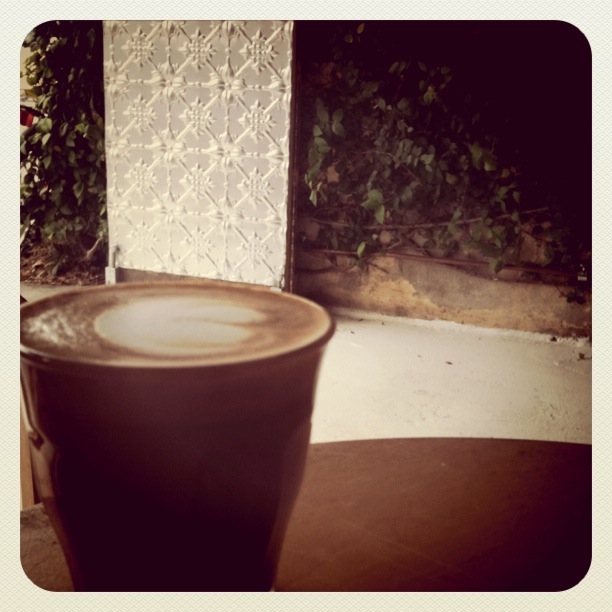 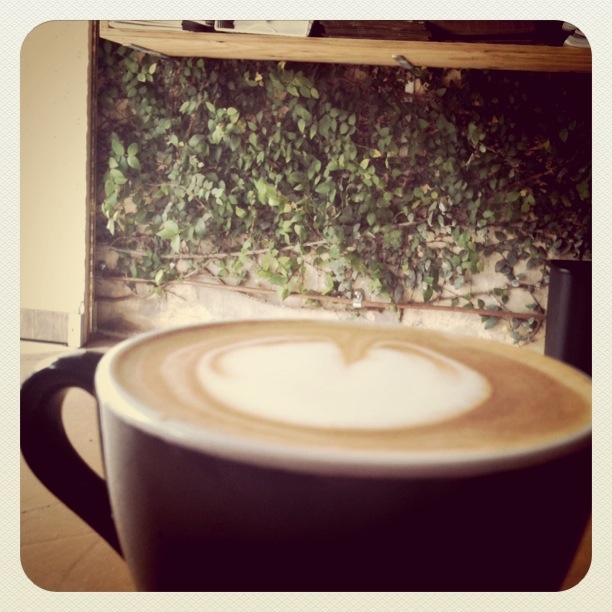 They use Blackstar Coffee, and serve up a storm with real chocolate used to dust cappuccinos and hot chocolates – this place is worthy of a trip by its own right. The swiss chocolate comes in big blocks that they grate. The hot chocolates are well worthwhile. Fantastically rich and smooth. 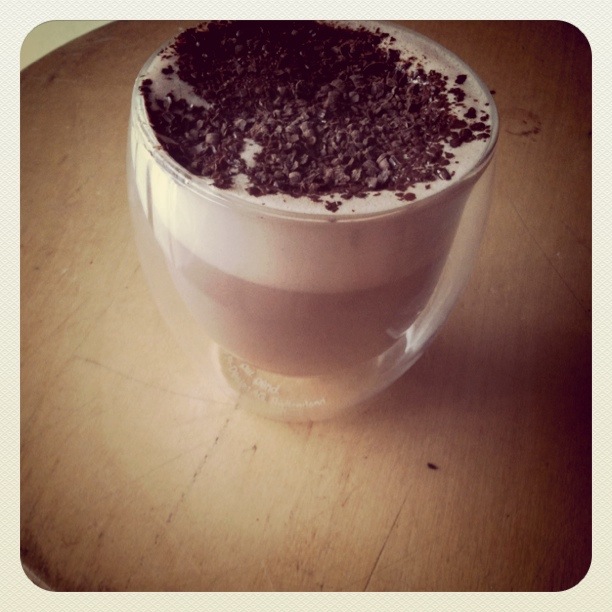 The “Goblin” and “Milky Goblin” are in-house specialties. Basically a cross between a long black, a macchiato, a picollo and a flat white. Or something like that. Think a Macchiato with a little extra milk, or a picollo with less froth… 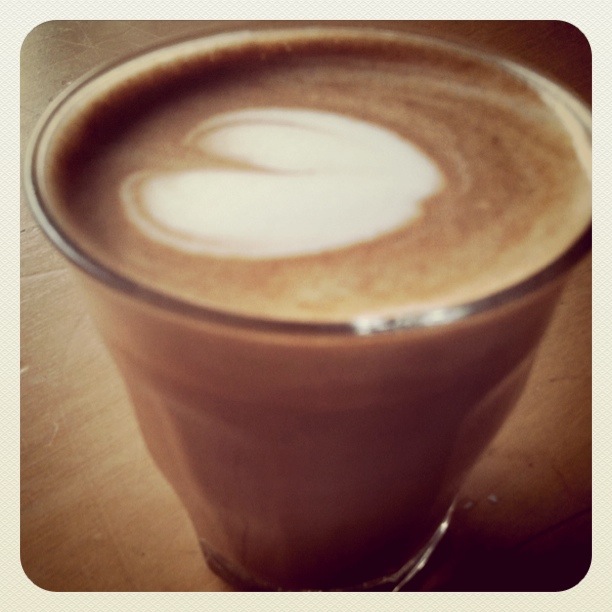 All coffees are pulled on doppio ristrettos so they pack a little extra punch and you get a pretty full bodied experience. I love Blackstar coffee. So I love Bunker Coffee. I also noticed a kilo bag of Cup Coffee on the shelf. These guys seem pretty well connected. 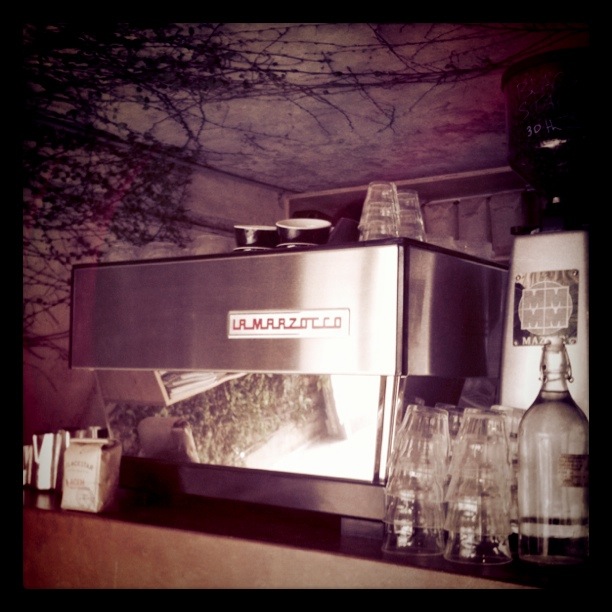 A nice shiny La Marzocco and beautiful double walled Bodum cups make drinking in a pleasure. A $24 six pack takeaway iced coffee/iced chocolate seems like a pretty good deal. And I love the liberal smattering of [square brackets] repeated from the logo on the menu board. The place feels cool, add the bicycles leaned against the viney wall and you’ve got a fun little stop right out of an Enid Blyton novel. Their webshop also sells Aeropress for $5 less than I’ve seen them elsewhere (a bargain at $49). You can also follow them on Twitter, and a few “coming soon” bits of their website look exciting.

If there’s a cyclone or an air raid threat I know where I’ll be heading to stay safe and enjoy good coffee.