Toowoomba may be able to claim, per capita, to be the best coffee destination in Australia. I’ll know after my next visit, when I’ll check out a new specialty roaster I noticed yesterday. But what started as a movement with the Angel Cafe, which boasts Australia’s first Synesso, and began to come of age with Findos, the shopfront of Sleepless City Roasters, is now a bit of a coffee haven. Firefly rightly takes its place in this increasingly diverse scene.

Firefly serves up a couple of blends from Supreme Roasters, and a couple of single origins are on offer through the cold drip.

My double shot flat white was packed with body, and on the first sip smacked my mouth around. It mellowed a little bit towards the middle of the cup, and my wife, who’d already had her morning coffee, took a sip and declared it “good.” I’d say it was like a strong and pretty rich dark chocolate.

Breakfast was very tasty. Especially the haloumi on my Firefly Feast.

I went back for another coffee. A single shot flat white this time. And it was superb. So silky and sweet, I thought maple syrup, but I had that on the mind because of what I’d ordered to follow. It was on the Miss Katy blend, the first was on what I think was called the Southern Blend. I probably wasn’t paying as much attention as I should have been.

The Cold Drip with maple syrup on the side was just sensational and refreshing. Better with the maple syrup than without. I drizzled it over the ice before I poured the coffee into the glass. Winner.

This was a worthy stop, but I was glad to check in at Findos for a flat white before heading down the range.

I’ve been to Findos a few times. Not for a few weeks. But I was looking through my photos and my little iPhone record of tasting notes and realised that a review was in the offing. And long overdue. 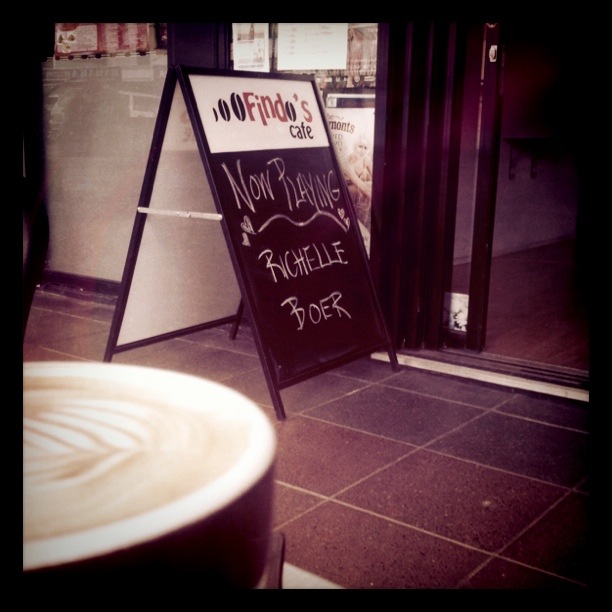 Toowoomba has an amazing coffee scene, for its size, and Findos is the pick of the bunch. It wouldn’t be out of place in any capital city in Australia. It’s quality. And they’re serious about their coffee. I should disclose, I guess, at this point that I know the guy the cafe is named after pretty well. I’ve known him for 9 years or something, and I met Tim, Findos owner, through him. And I like them both. This, I guess, is a case of declaring my bias. I’m not going to slam them because, hey, I like the guys. But thankfully my blogging ethics aren’t being put to the test because the product truly stands up to scrutiny. It’s amazing.

Findos uses its own house blend. And has a regular rotation of featured blends and single origins. Roasted not in house (but I believe, in a house). Tim is always up for a chat – I know it’s not special treatment because there have been times that I’ve been there (I stop in whenever we’re driving through Toowoomba to visit my in-laws) and only managed a courteous tip of the hat in his direction because he has been so engrossed in a conversation about coffee. He loves it. And it shows. 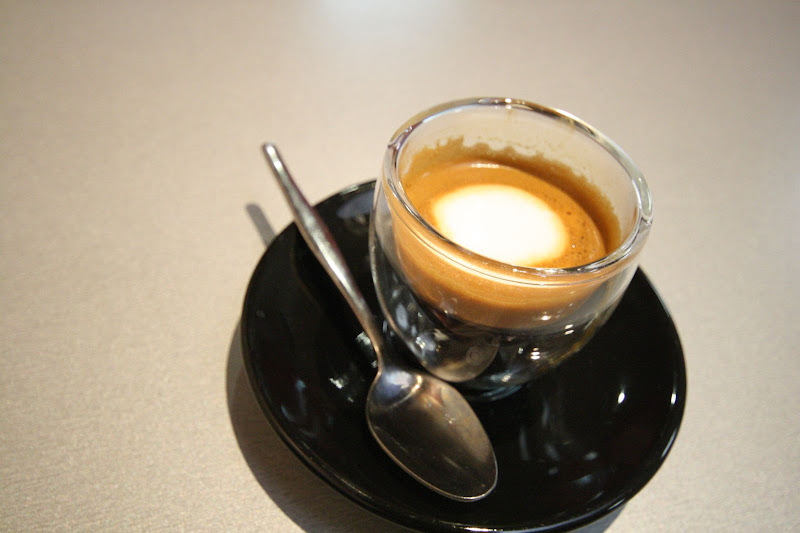 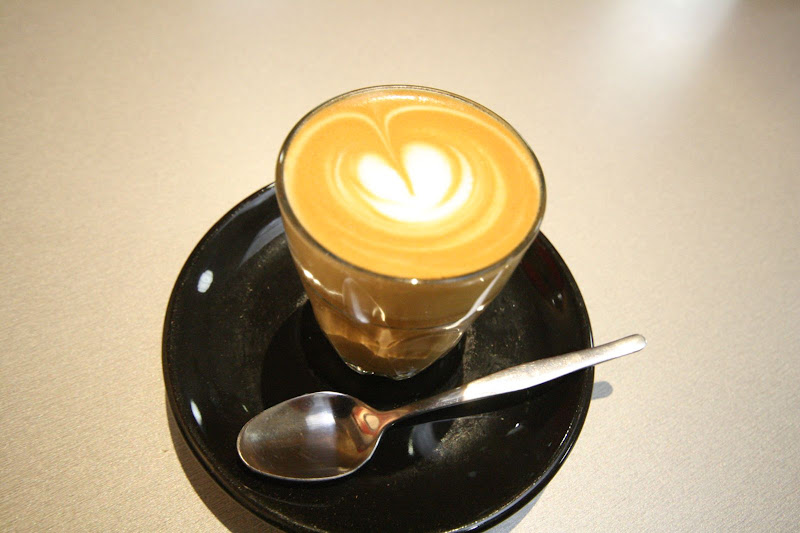 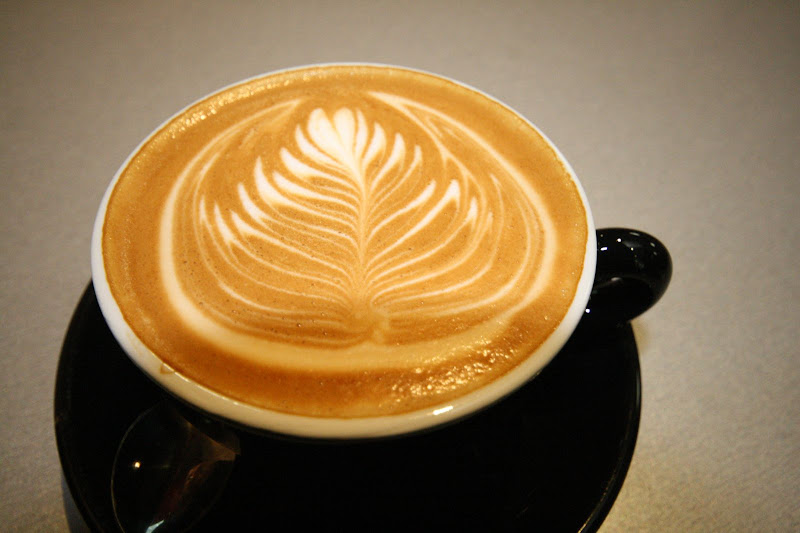 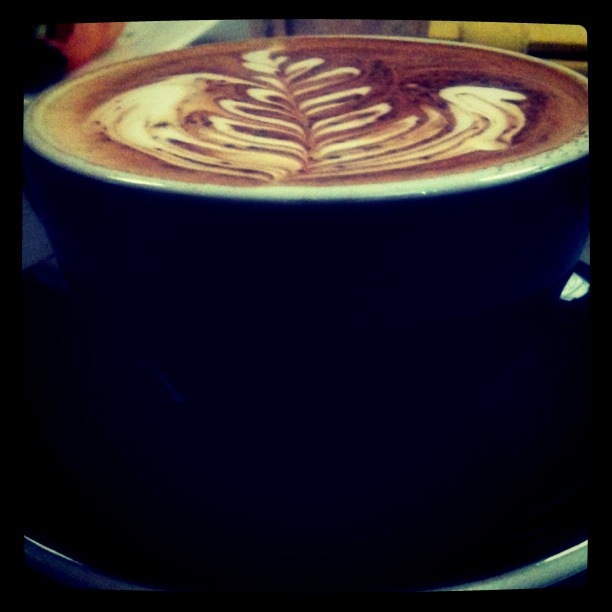 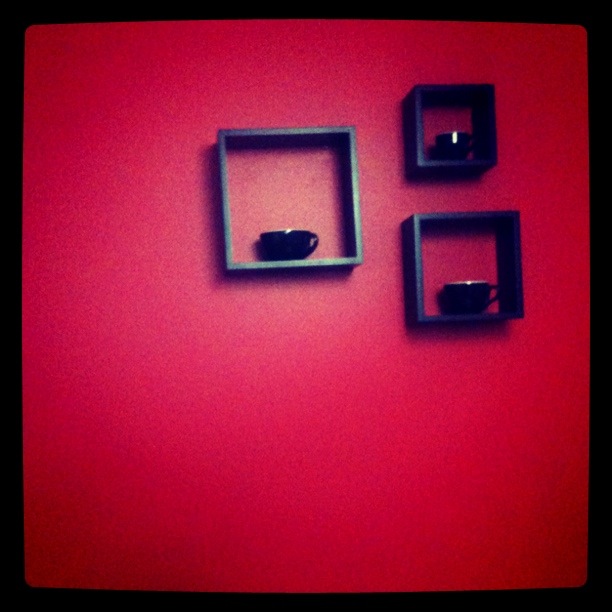 Findos was also the first place I ever tried syphon coffee. About a year ago. If anything the quality has gone up since then. Which is nice, plenty of regional cafes don’t maintain the rage. 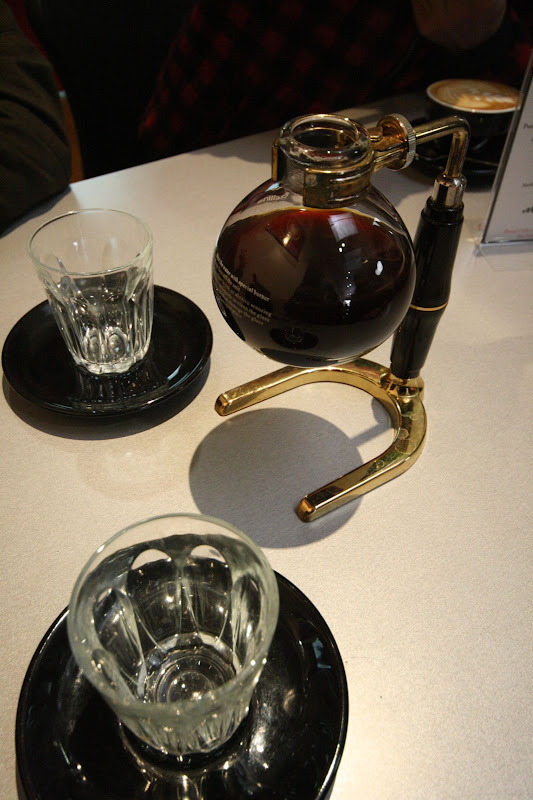 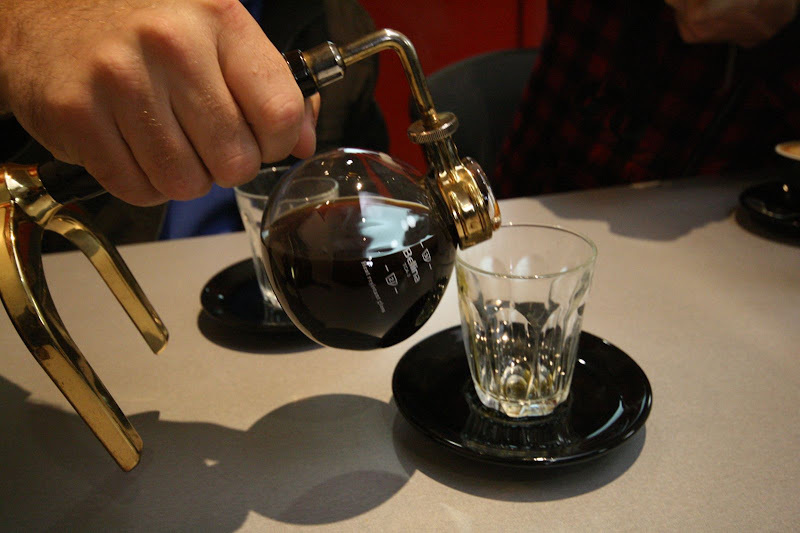 The menu is simple, but tasty. We had a cracker Pumpkin soup on one stop there this winter. 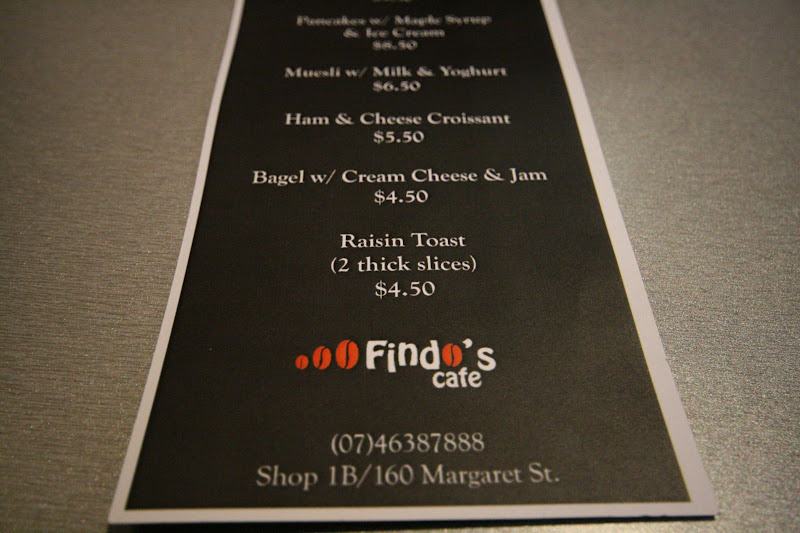 When I was in there in June the house blend featured Brazilian, Indian, and Indonesian beans, and it was sensational. My notes say it was sweet and delicious like a Caramello Koala. They were running a “Berry Bomb” blend too, with some Yemen Sanani and Some Ethiopian Harrar Mao Blue Horse. That didn’t work very well in milk – but it was their recommended espresso and brewed blend (so I was basically using it for a purpose other than that which it was intended for). That blend changed after the Toowoomba floods. And, while I don’t have notes on the new blend – it was good enough that I had two of them in the one visit. 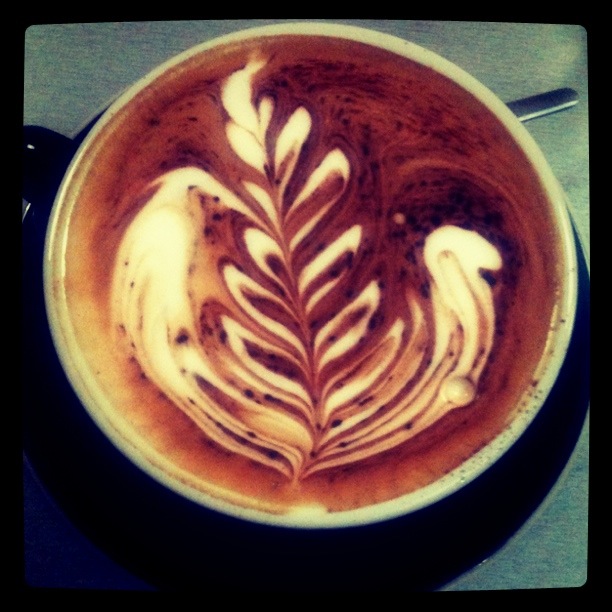 So if you’re in Toowoomba and hanging out for something more than a caffeine hit, you could do worse than Findos. You can also “Like” them on Facebook.

There. I feel like I’ve restored the balance somewhat or something.
[google-map]