So a little while back I reviewed a cafe called Shucked. Shucked made my top ten cafes for 2011, largely on the back of the sensational single origin they served up, which was, drum roll, a Costa Rica La Lapa.

When I wrote that original review, one of my criticisms of Shucked was that I didn’t know who roasted their Shuck’n’Awe blend and that sensational Single Origin. One thing led to another, and their roaster, Shaf, from Plantation Coffee Roasters got in touch with me to let me know a) he roasts for Shucked, and b) he’s a new roaster on the scene in Brisbane. Again, one thing led to another, and suddenly I had a bag of the very same Costa Rican coffee in my hot little hands to review.

Now. Initially I’d planned to do all sorts of fancy stuff like using the Costa Rican in my Chemex, and putting it through its brewing paces. But I didn’t. Because it was just so good through my espresso machine. Tasty. Not quite the lemon meringue tasty that Shucked served up. I’m not packing a fancy La Marzocco. But sweet. Citrus. Tasty.

Here it is going through its paces in my lab/kitchen.

Plantation Coffee Roasters is working on a roastery of some sort. In the mean time they’re roasting coffee for the following locations:

If you’re interested in finding out more about Plantation, find them on Facebook here. I can highly recommend checking out their wares at Shucked.

I’ll be posting my year ending cafe rankings for Brisbane some time around Christmas, and there’s a new contender for the top five in the house. Shucked Espresso in Newstead sits in a commercial district, surrounded by car yards and a light industrial vibe. It offers a pretty nifty little food and drinks menu, and the espresso/brewed coffee combo Brisbane snobs have come to expect…

This is actually a handy rule of thumb. If a coffee shop has the words “single origin” on a board somewhere, and sells the Aeropress or Chemex (stay tuned for the 2011 Christmas Gift list that’ll include those coffee toys, and more) then it is probably worth the effort. 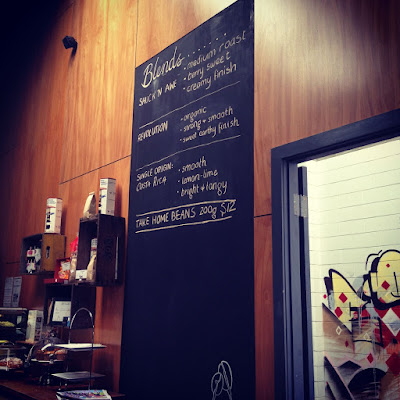 Shucked definitely fits into that category. Its cute. Its quaint. Its eclectic. And in six months its established itself as having game when it comes to the Brisbane scene – taking out Map Magazine’s award for Best Cafe this year, and sharing the runners up prize with perennial Beanstalker.com favourites, Dandelion and Driftwood, for best coffee in Brisbane. These competitions are opt in and rely on votes – so the results can be skewed by a bit of populist campaigning and a loyal fan base – but you don’t get that sort of fan base without quality output.

Shucked is a converted warehouse type space, with a graffiti alley for those who want the full on Melbourne vibe. Inside its littered with found items (including some old school salt and pepper shakers), an eclectic mix of wooden chairs, comfy couches, a big wooden communal table, and a striking wooden work bench which holds the La Marzocco. The barista had the appropriate hipster cred with tattoos and genie pants. And the alt. country/folk soundtrack made breakfast conversation pleasant and relaxed.

One must also mention the wallpaper. It was striking. Retro. And not tacky. The Courier Mail profile of Shucked reveals the wallpaper was purchased from New York. 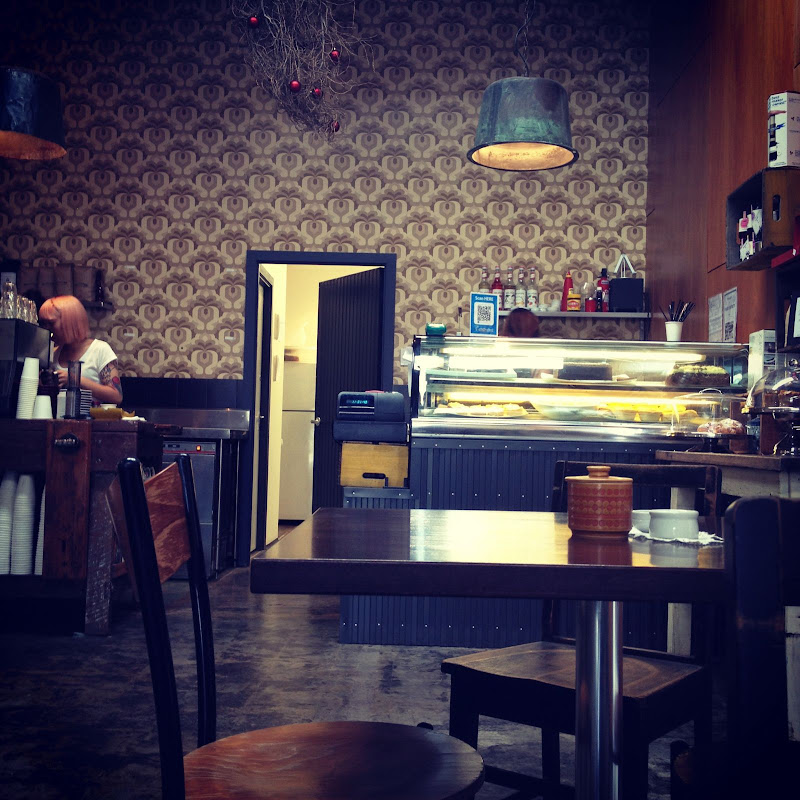 The staff were friendly. Service was quick. And the food was sensational – I had the French Toast with Maple Syrup and some cracking crispy bacon. My wife had the delicious French Toast Croque Monsieur. 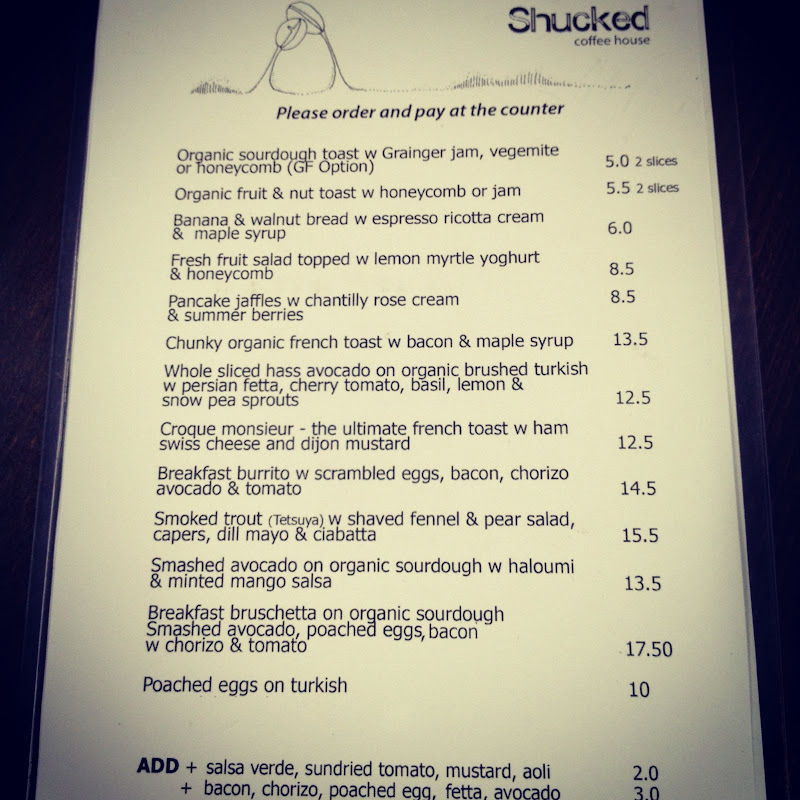 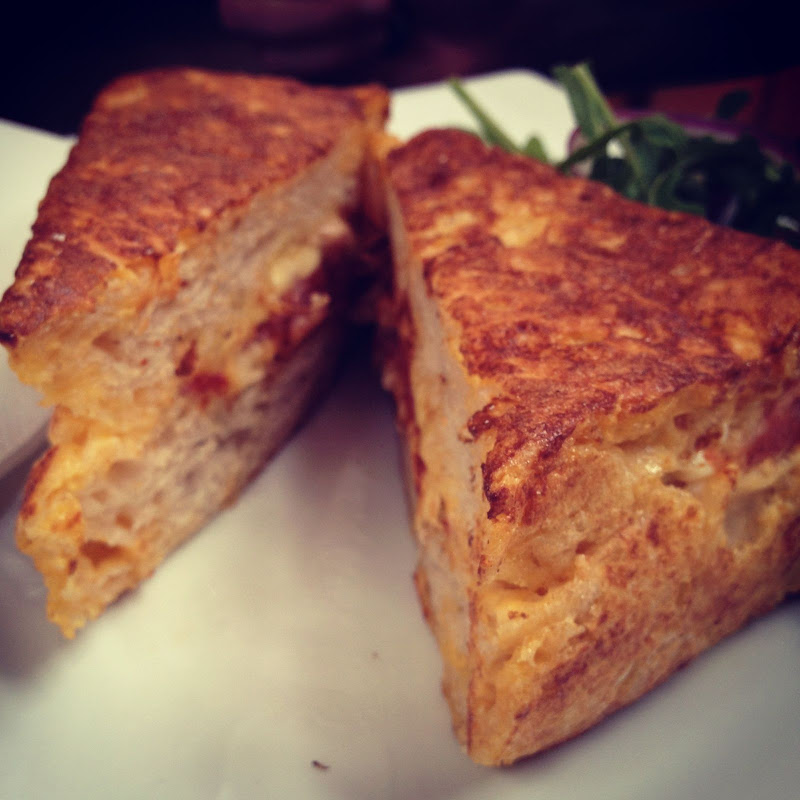 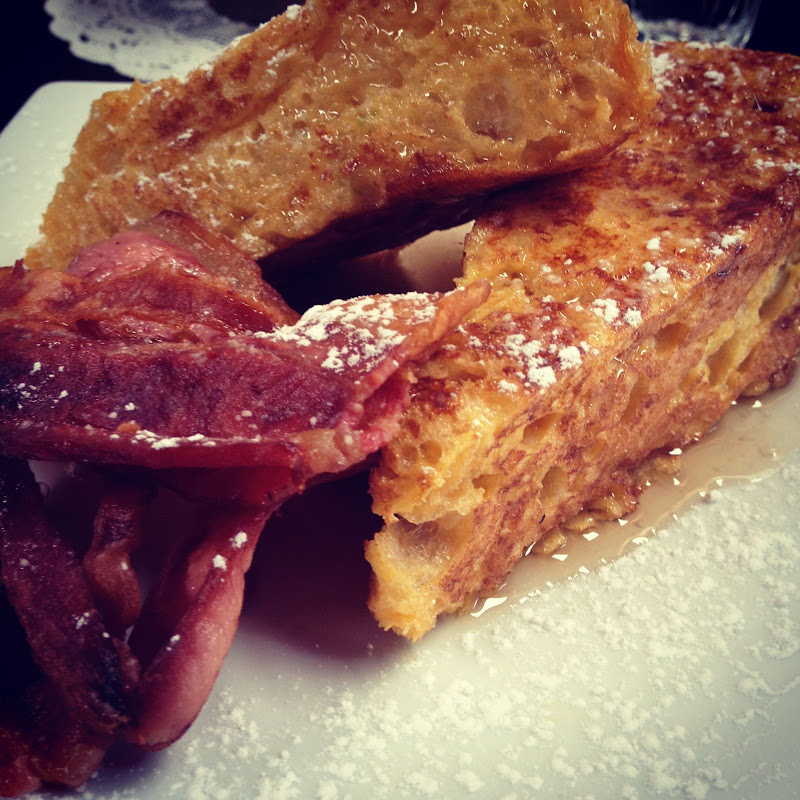 Sensational breakfast. But this is a coffee blog. Above all. So what about the coffee. 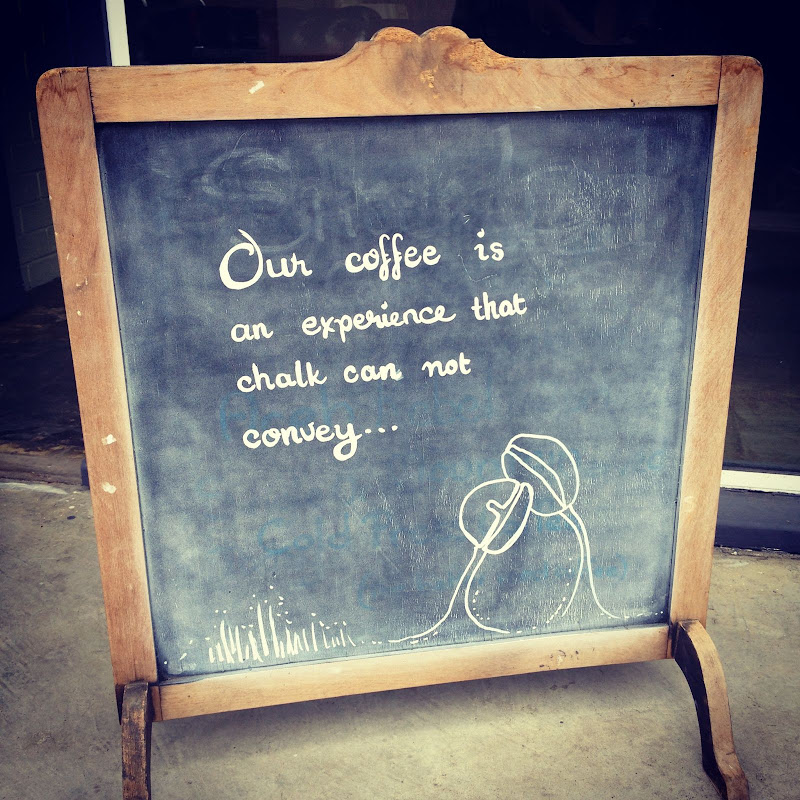 The Shuck ‘N Awe blend, named by a Facebook competition, lives up to its billing. Its well balanced, sweet, and better as a flat white than as a piccolo. It delivered the promised creamy finish in spades, and a sweet and fruity complexity up front. The temperature and texture of the milk was first class. I love a rich dark dash of crema, even in a medium roasted coffee… 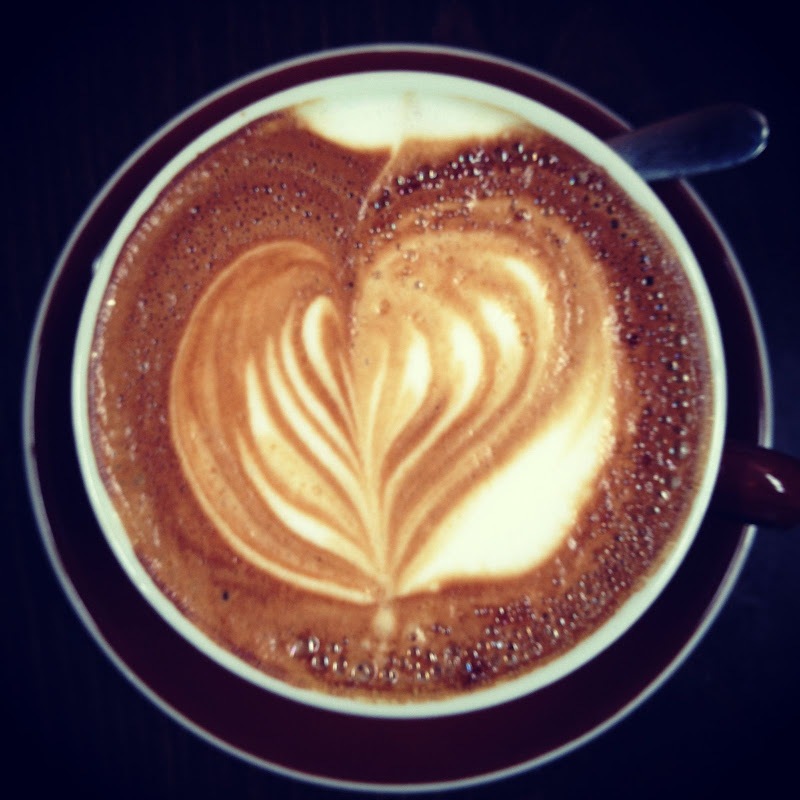 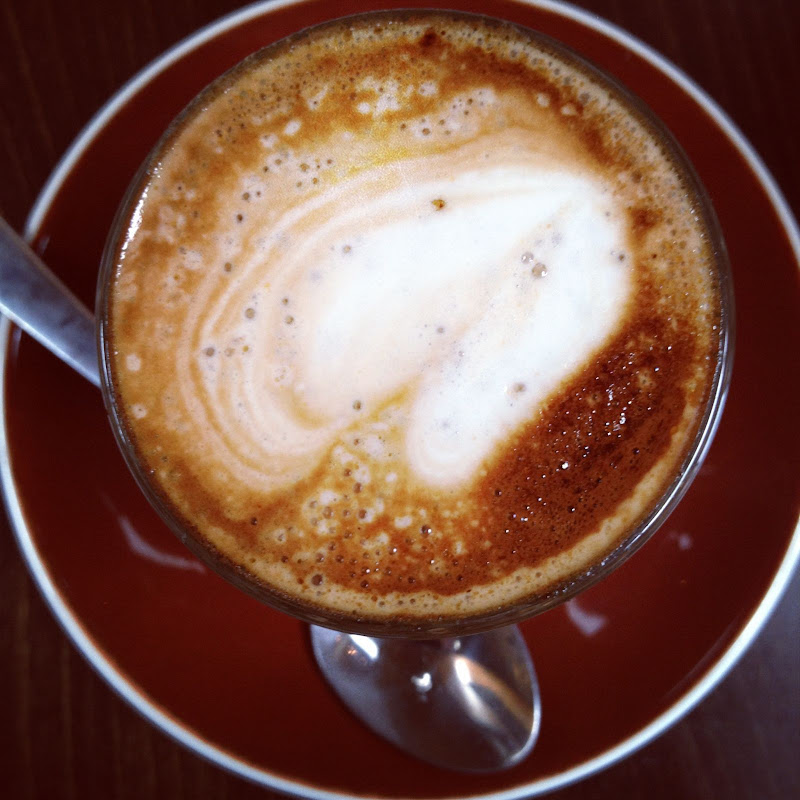 The latte art on coffee number two – made on the single origin Costa Rican (UPDATE – via Facebook I found out that this was a Costa Rica La Lapa)- was better, and this coffee was sensational. Maybe it was the effect of being coupled with insanely good bacon. Maybe it was some maple syrup lingering in my mouth (though I did have some water) – but this was perhaps the best single origin I’ve ever had. It tasted like a lemon meringue pie, or like a sweet lemon butter with something caramel. It was amazing. And herein lies my only criticism of the trip to Shucked. There’s a bit of a lack of transparency in terms of what exactly is in the blends (and who roasts what) – even the description of the Single Origin was limited to the country of origin and a couple of tasting notes. In my mind its complete transparency that separates the big specialty coffee players and educators from the also rans. Its part of the process of creating informed and enlightened customers and raising the bar for coffee production and consumption. There were bags from BlackStar (and their signature Revolution Blend is on rotation), and I spied a bag marked Plantation Coffee (which I assume is from Plantation Specialty Coffee in Melbourne – though I could be wrong).

But that’s relatively minor. I’d say Shucked is well on the way to winning over a pretty substantial place in my coffee loving heart. And I’ll definitely be taking friends there in the future and heartily recommending it.