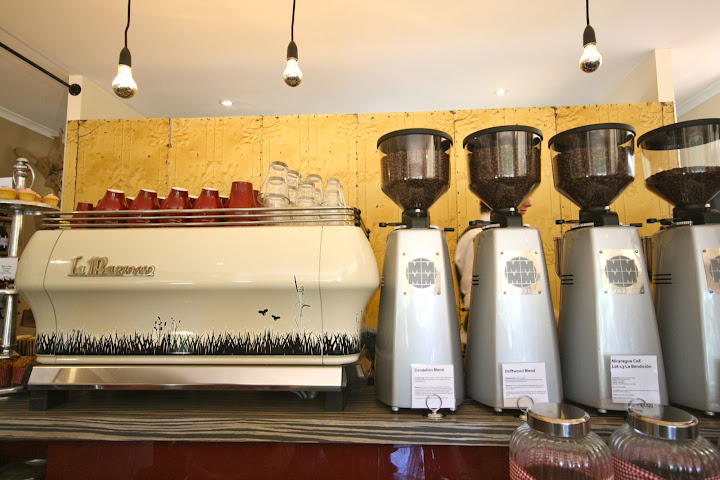 Thebeanstalker.com was there on Saturday for a few of the heats – but the heat in the Di Bella warehouse was too much for his pregnant wife to bear…

The Queensland Barista Championship is part of the regional rounds of the AustralAsian Specialty Coffee Association (AASCA) national championship – the winners face off for the chance to represent Australia at the World championships. It follows the World Barista Championship format, you can check the judging cards here. Each competitor is judged on their preparation of three rounds of drinks, and their mad Barista skillz… The first round is espresso, the second a cappuccino, and the third is a signature drink that captures the essence of the coffee. These are typically really creative (and the D&D competitors have their drinks on the menu in store this week).

One of the competitors, a Brazilian guy using a Brazilian coffee, prepared his signature drink using oranges, peanut butter, honey, corn, and coffee. It had an interesting aroma. 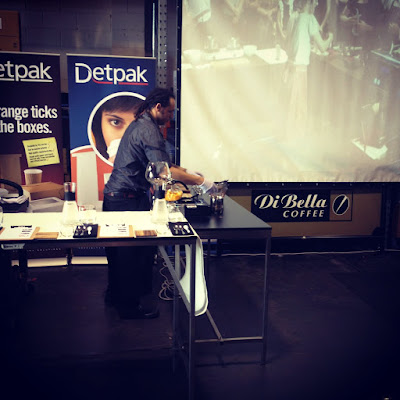 D&D took out first, second and third in the Brewers Cup. Third in the latte art comp. And First and Second in the Queensland Barista Championships. Matt Troughton took out first place. Unfortunately I wasn’t there for his performance. I was, however, there for the second place winner – Janelle Kingsley’s routine – and her signature drink was amazing. 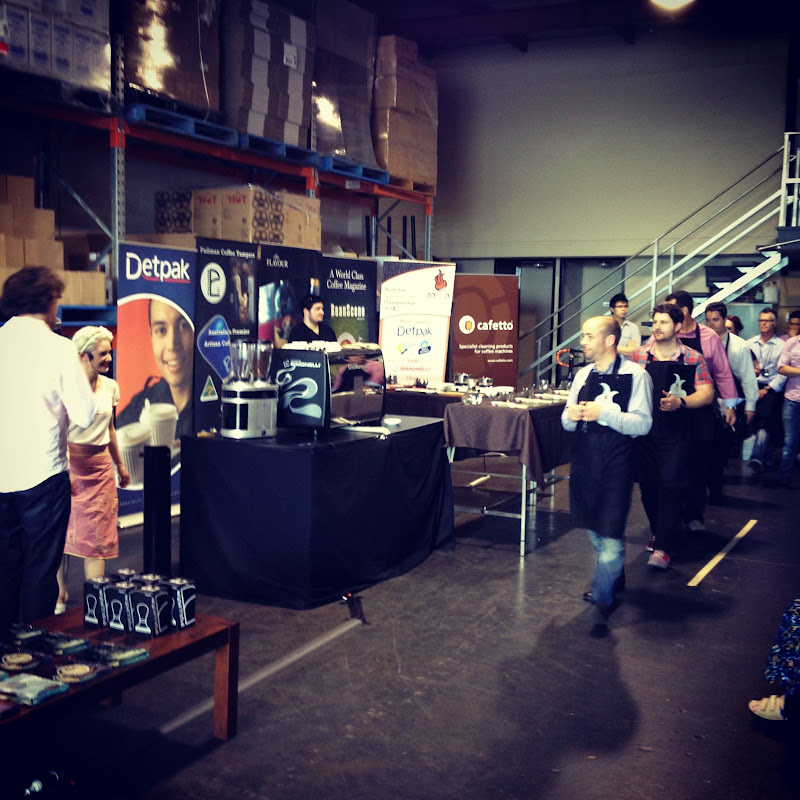 Her coffee, from memory, was a natural processed Costa Rica Las Lajas, which grows at the foot of a volcano. So here signature drink, served in oil burners, was a coffee lava.

She whipped up a caramel sauce, using butter, cream, and brown sugar, and a chocolate ganache (cream and dark chocolate), and added some freeze dried strawberry to the mix for texture and to create a visual sense of molten lava. It’ll be on sale on Thursday at Dandelion & Driftwood – and I’ll be there to check it out.

Training for these championships is hard work – and requires a bit of investment on the competitors’ part. The table settings they come up with for the judges are usually pretty elaborate – theming, from the way the competitor talks about their coffee, to the tasting cards, to the table settings, to the signature drink, requires a fair bit of thought and practice – and the fifteen minutes allowed for each competitor seems to fly by. 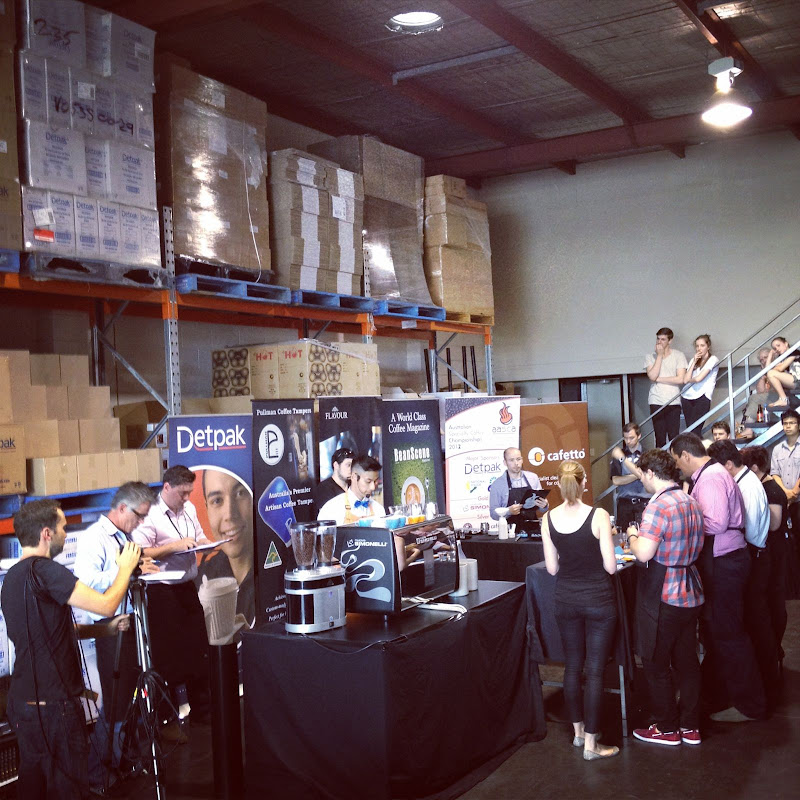 It was fun checking out the competition. The coffee industry really does seem to have a real sense of camaraderie. And it seems there are plenty of people working to lift the bar when it comes to coffee in Brisbane – and we can thank the competitors and companies who are investing in these competitions for that. So well done to Dandelion and Driftwood. I’ll post a link to the full results and all the competitors when the AASCA report goes up.

Dandelion and Driftwood clean up at the Queensland Barista Championships November 28th, 2011Nathan