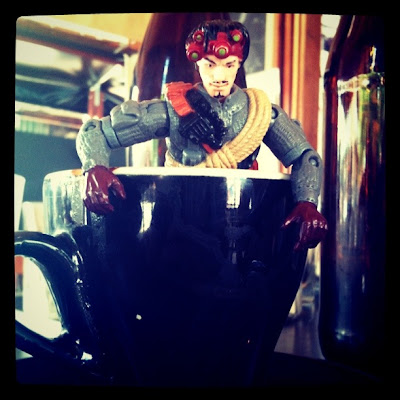 BlackStar in Brisbane has the coolest table numbers. They’re toys. Like this guy.

I’ve taken lots of coffee shots over the last couple of years, it would be a shame not to share them. That’s what this little featurette is for.

Veneziano in Brisbane do some pretty sensational coffee. I was back there the other day for some fine Ethiopian coffee and a dash of checkers, using chess pieces. 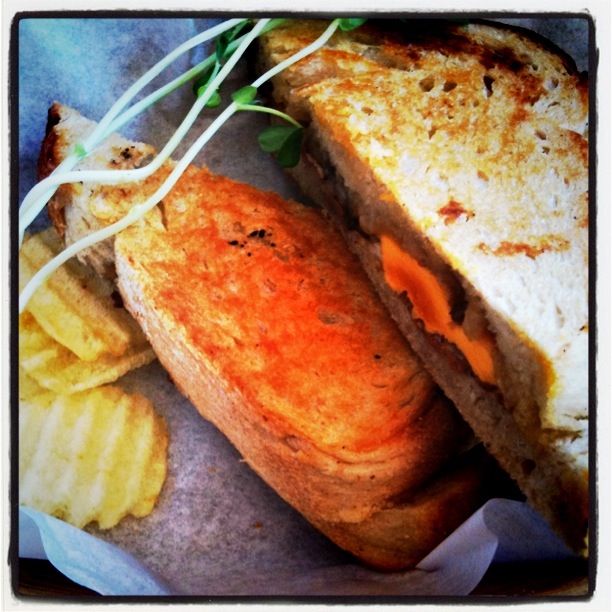 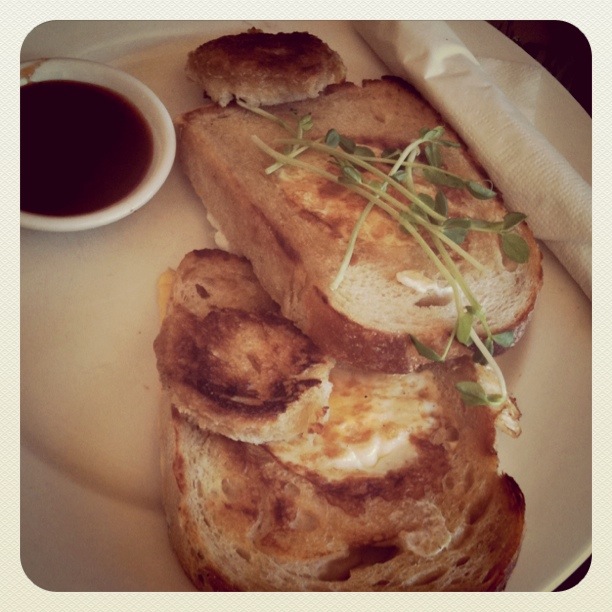 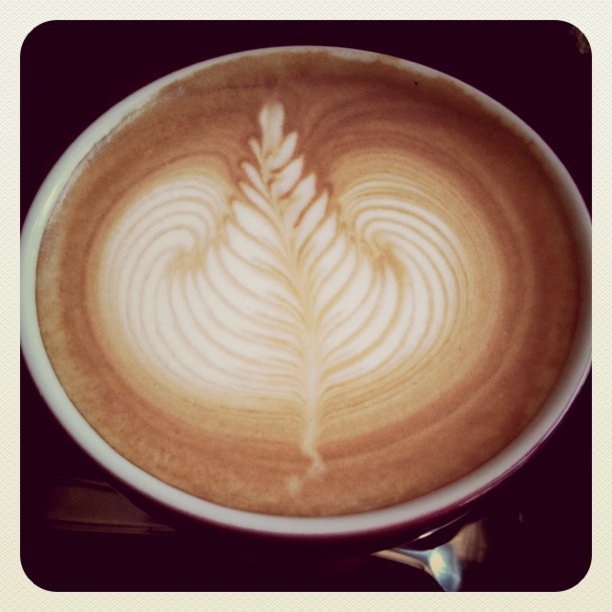 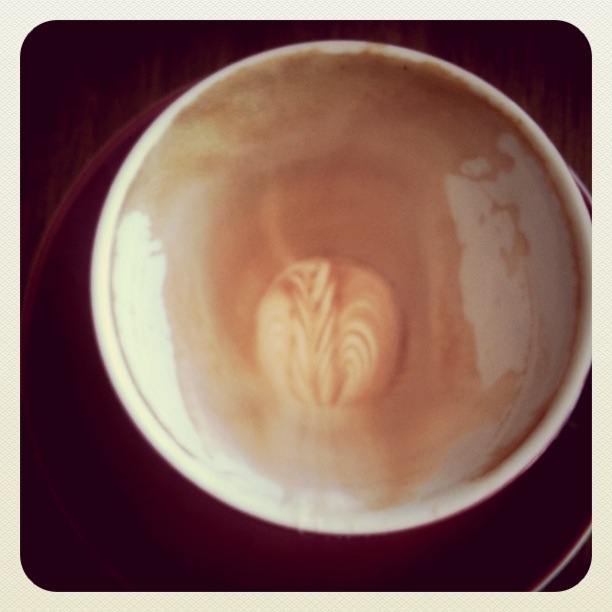 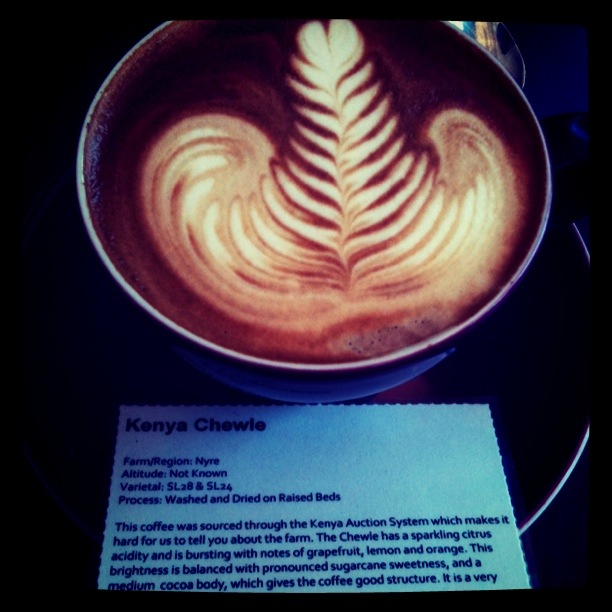 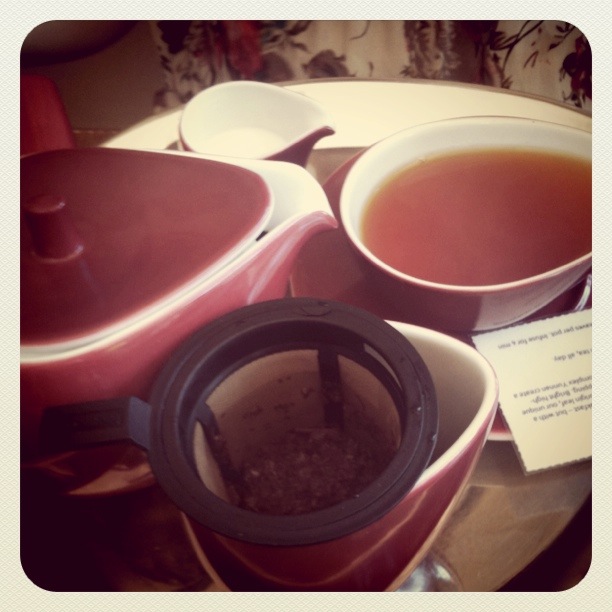 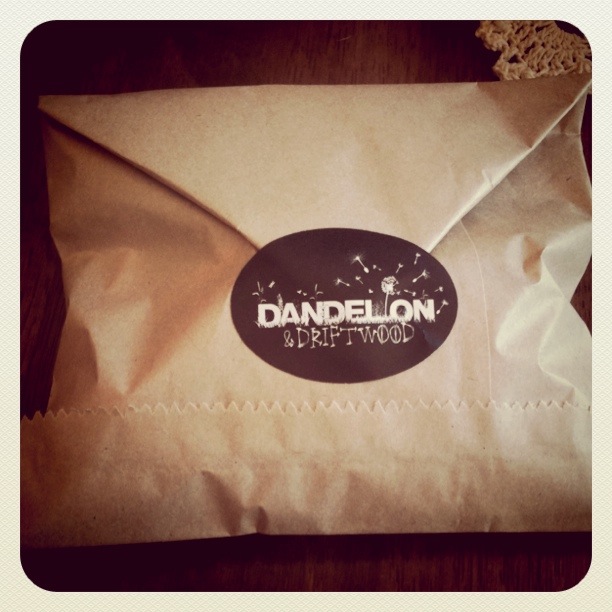 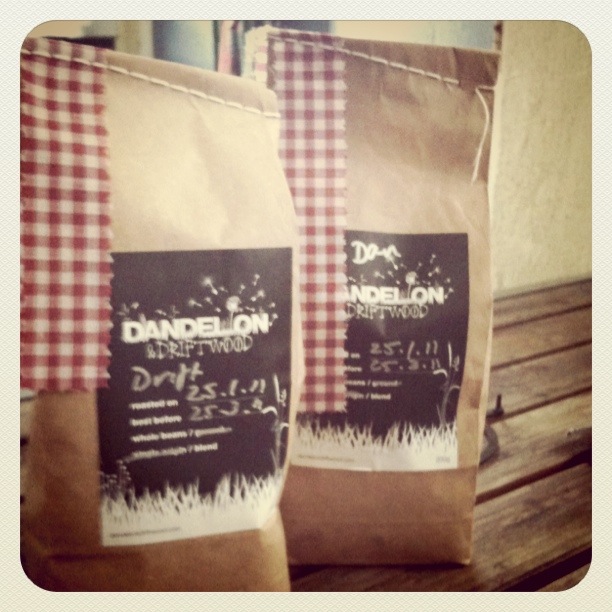 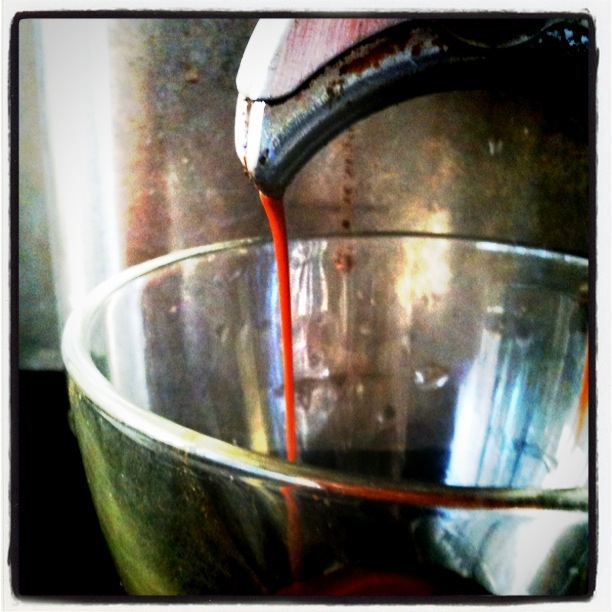 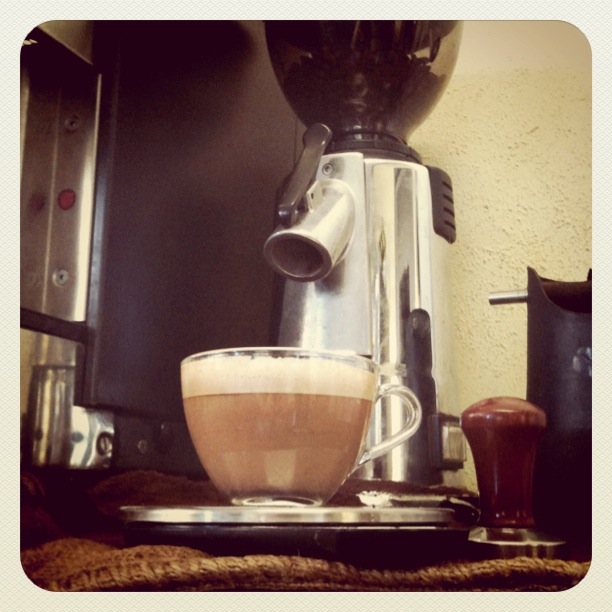 Thanks to the wonders of Instagram you can read more about here, I have documented my approach to making what I think is pretty good iced coffee. Not really the sort you’ll get in a cafe (I don’t use ice cream or cream – though you could add those). I used the syphon today because I wanted it to be a little bit fancy, and it takes a bit of the bitter edge off.

So here you go. A photo essay of my Iced Coffee approach.

I’ve taken to weighing my coffee lately – just to be that little more precise. I’ve got three extra grams in here. 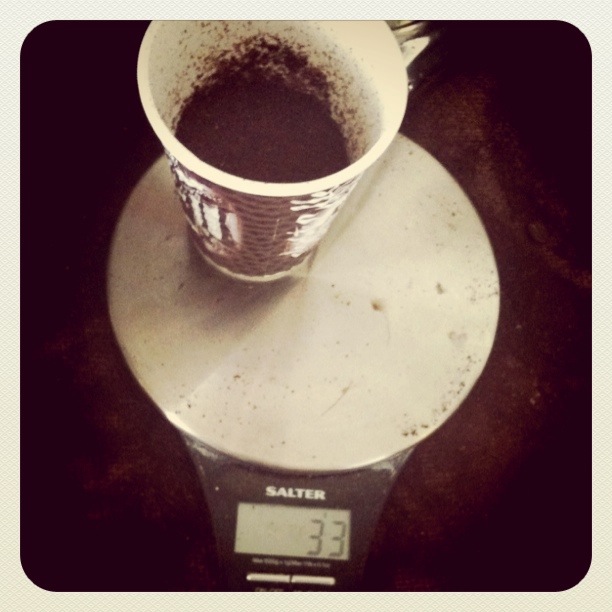 I had a little issue here because I spilled some water on the syphon gas burner. Don’t do that. I had to take it apart to dry it out so that the gas could flow freely. 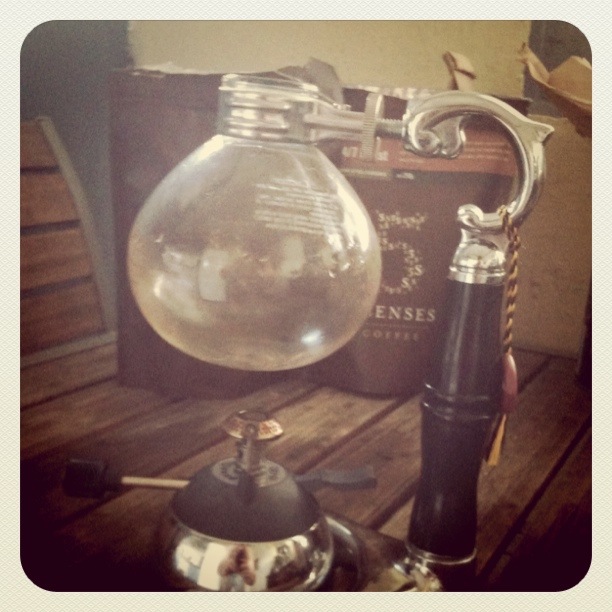 Thanks to the Intelligentsia tutorial I posted the other day – I’ve started boiling the water for use in my syphon before I crank up the burner. 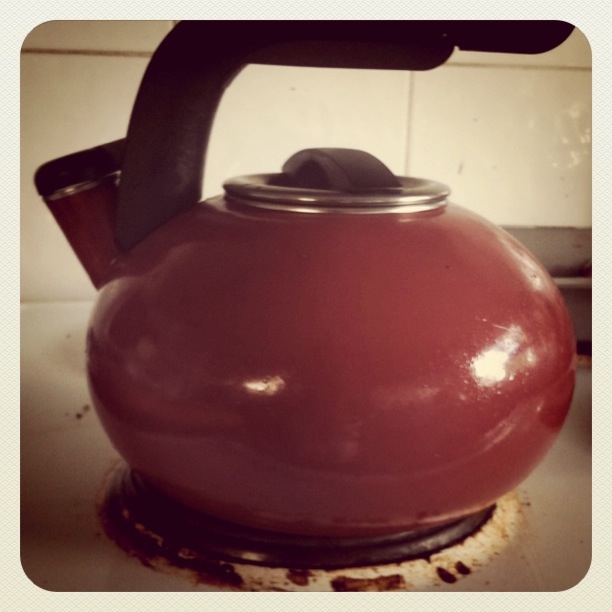 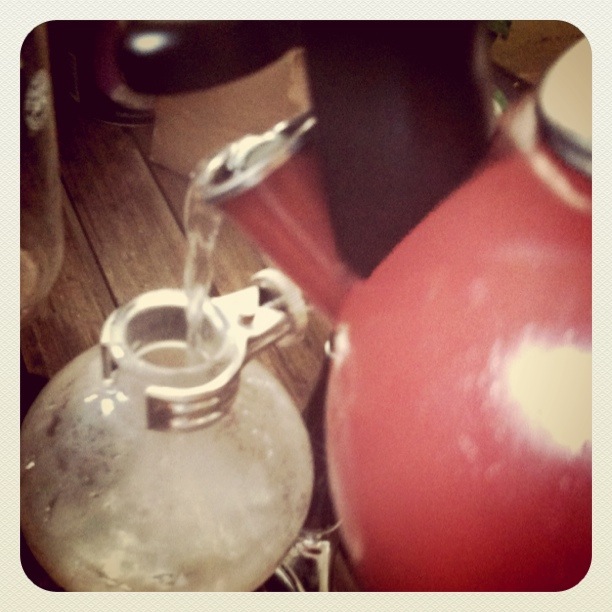 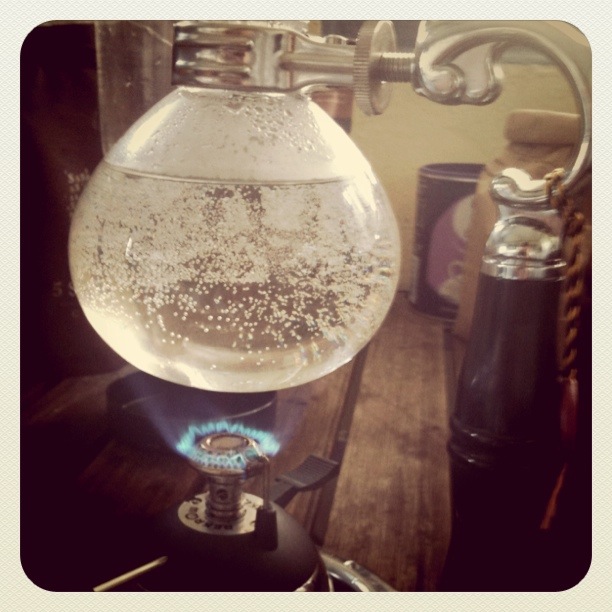 I pretty much followed that tutorial step by step (though I don’t think my filter fits in quite as snuggly as the one on the video). 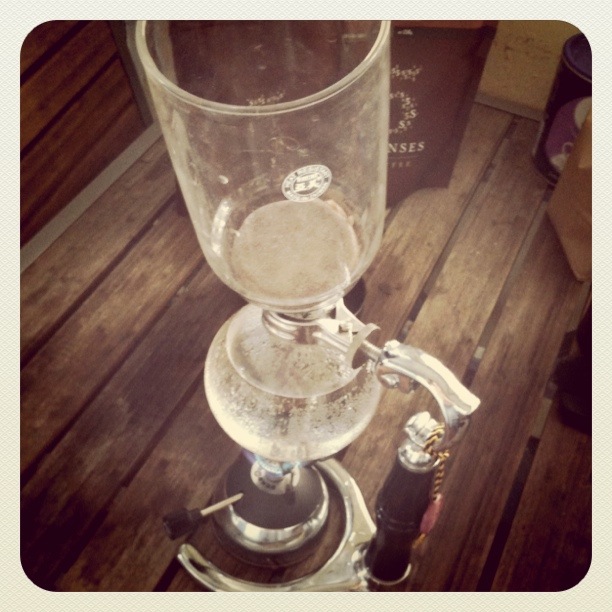 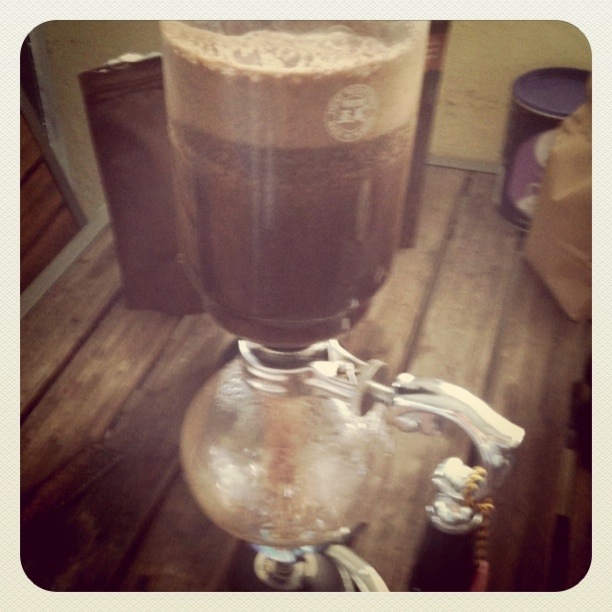 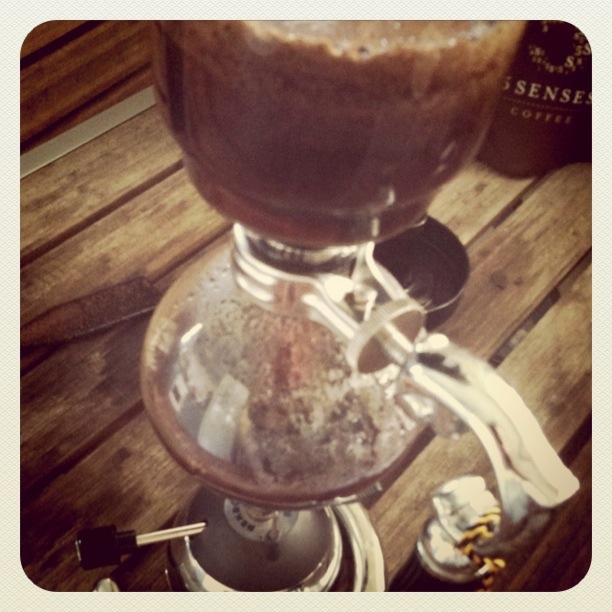 At this point – when the coffee is made – I mixed in two soup spoons full of castor sugar for additional sweetness.

I put the ice in some glasses. I used these fancy wine glasses because they’re actually pretty massive. 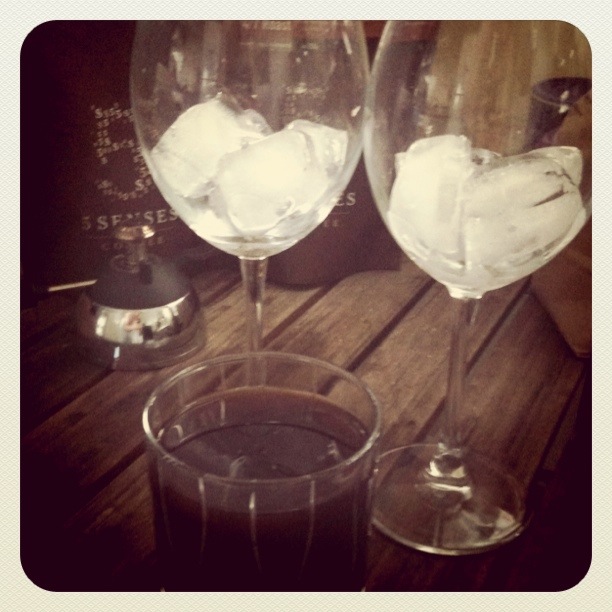 I’ve frozen some shots of coffee to use coffee ice for my next batch, but in this one it was standard ice. 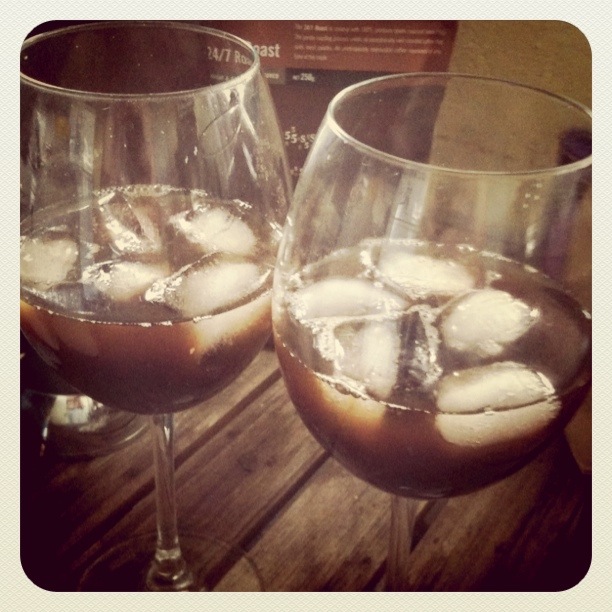 Finally, I filled the glasses with milk. Delicious. If you don’t have a syphon you can use plunger, stovetop, or standard espresso as the base – I would add a little more sugar to stovetop or espresso – because I think Iced Coffee is meant to be sweet, and the thicker nature of these drinks means they pack a little more punch. I got some good results using the Aeropress the other day. And substituting brown sugar for castor sugar also produced some interesting results.

I was using Five Senses coffee beans. Which I am going to review more substantially tomorrow.

Bad Behavior has blocked 470 access attempts in the last 7 days.