St ALi is an old skool member of the Melbourne specialty coffee fraternity, from what I can gather, anyway. The guy who started Seven Seeds did so after selling St ALi. It’s all pretty connected, but St. ALi is, if not the father of the scene, the uncle… Because it predates hipsters, I’d say its milieu is grungy, whatever you want to call it, it’s got character in spades. Nooks and crannies around an old shed/warehouse have been converted into dining spaces, the chairs are essentially found objects, old chairs, and planks of wood. It’s eclectic and classy. And it is famous for its coffee – in particular, the Champions Blend. 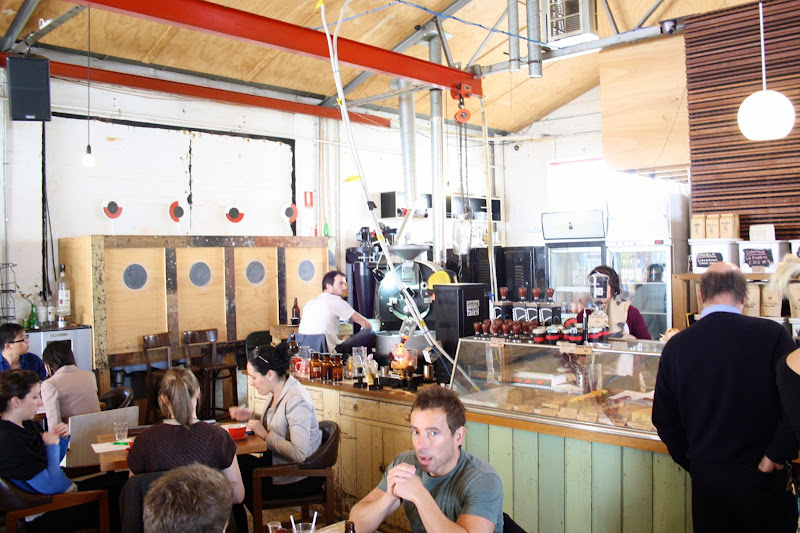 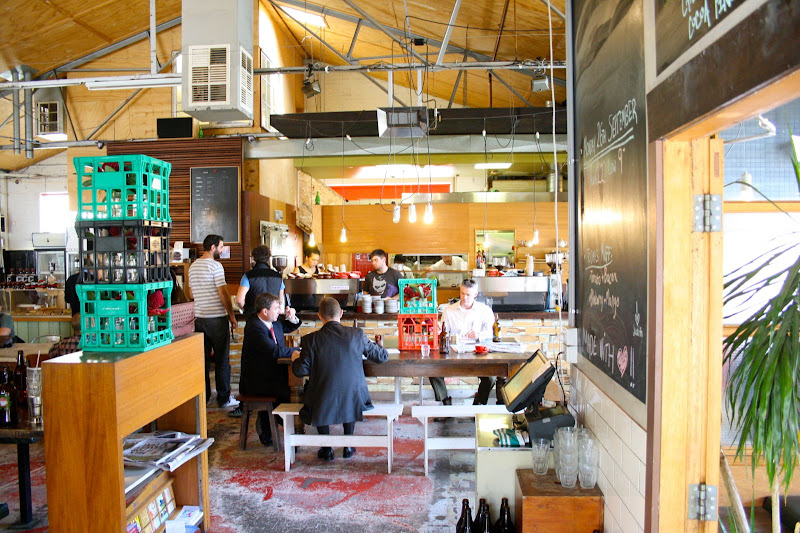 Like a bunch of other specialty coffee places, part of St ALi’s charter seems to be educating consumers so that they’ll enjoy the coffee experience a little bit more. The waitress was able to tell us a little bit more than average about the single origins they had on offer. 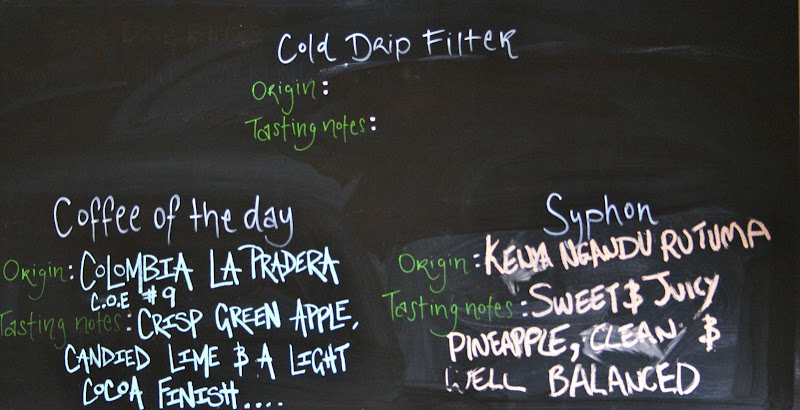 The coffee was pretty charming too, my flat white on the single origin Colombian La Pradera, carried the promised apple flavours through from the first sip to the aftertaste. It was light and bright. 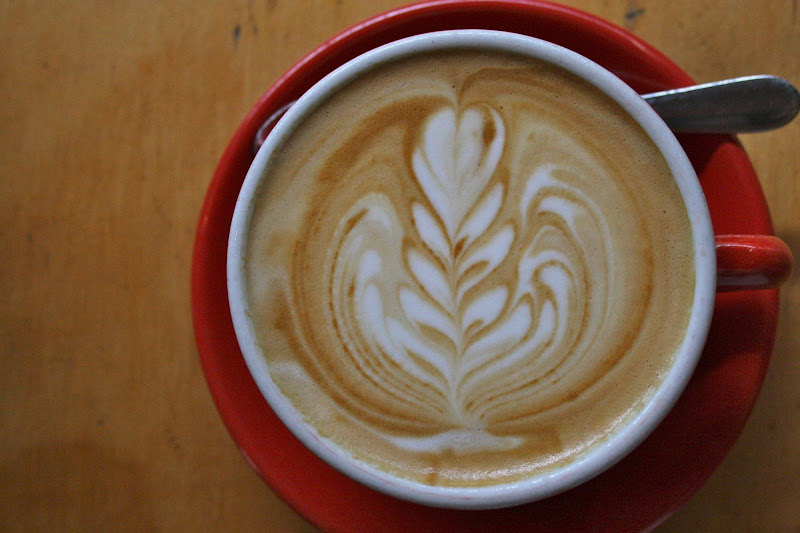 The Champions Blend was pretty special both as a piccolo and as my standard double shot flat white. 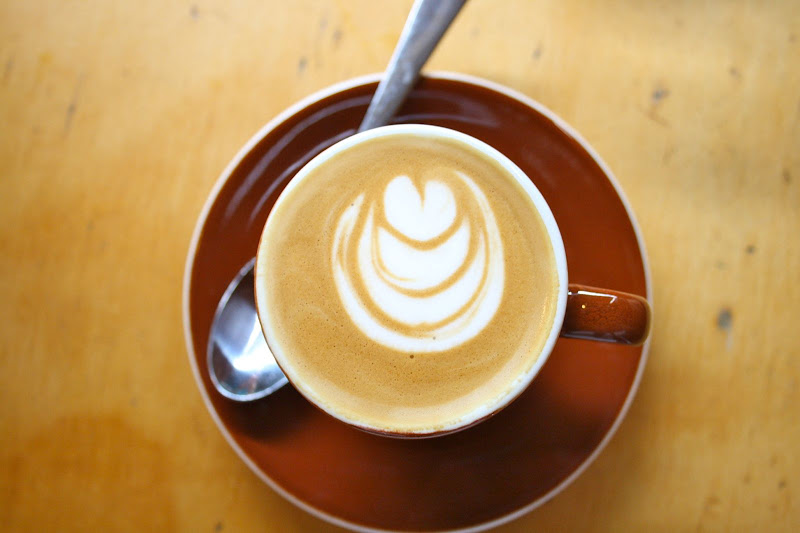 We were in for breakfast – and my “Childhood Memory” – poached pear on pear and coconut bread with coffee marscapone and cinnamon dukkah. The dukkah was interesting, it was a little bit salty, which made the meal pop a little. 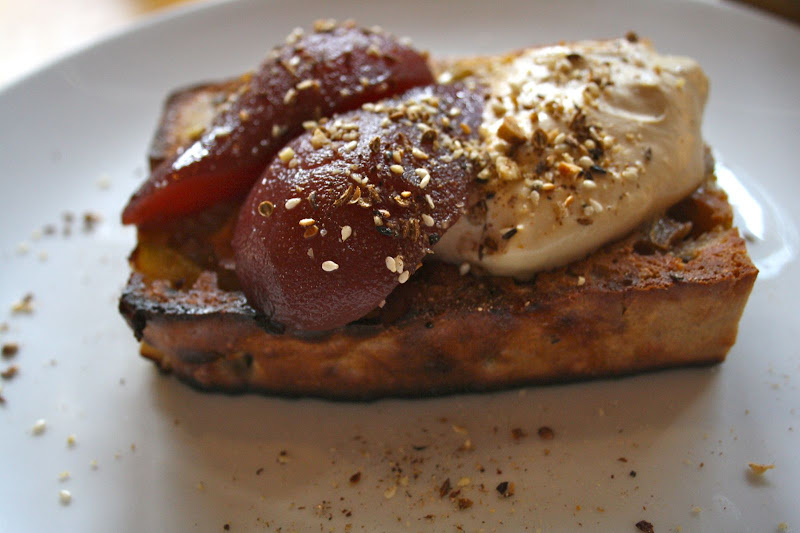 Wifey took on “My Mexican Cousin” a corn fritter dish with a bunch of Mexican charm. 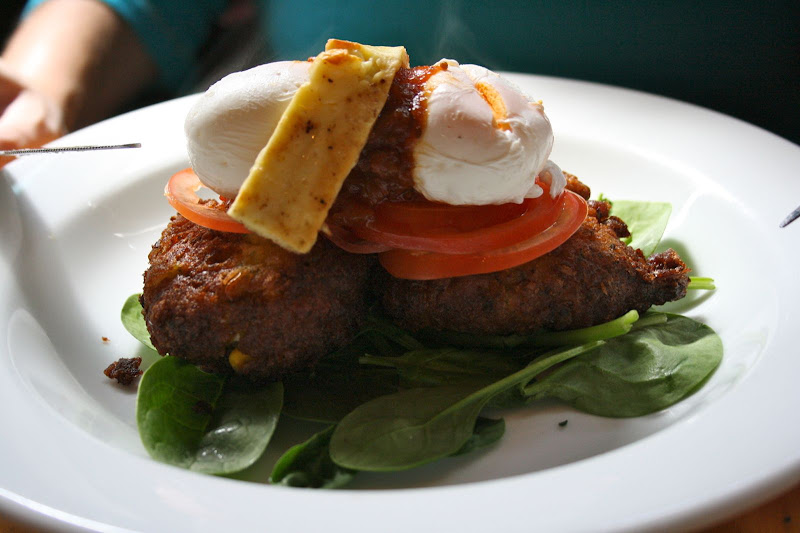 The menu (pdf) is good humoured and varied, which is what I like in a cafe menu. 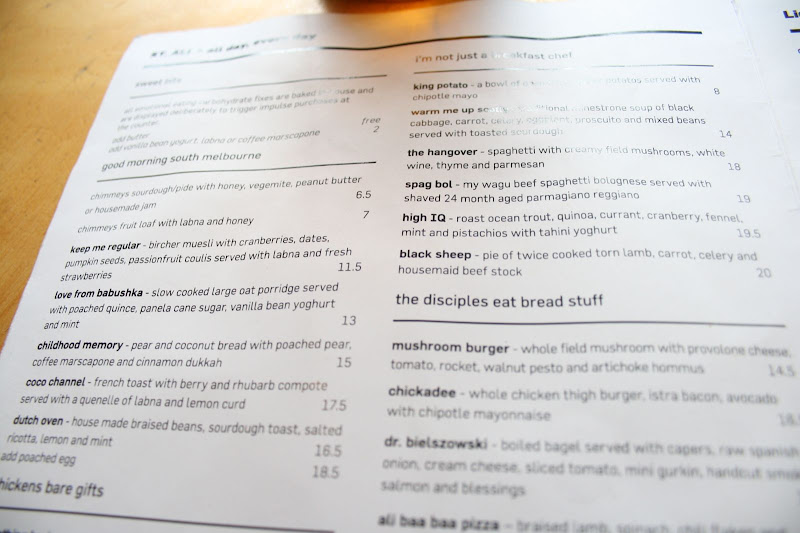 Perhaps tapping into Melbourne’s nominal origins, the city was originally dubbed Batmania, the St ALi logo on the menu is part of the charm. 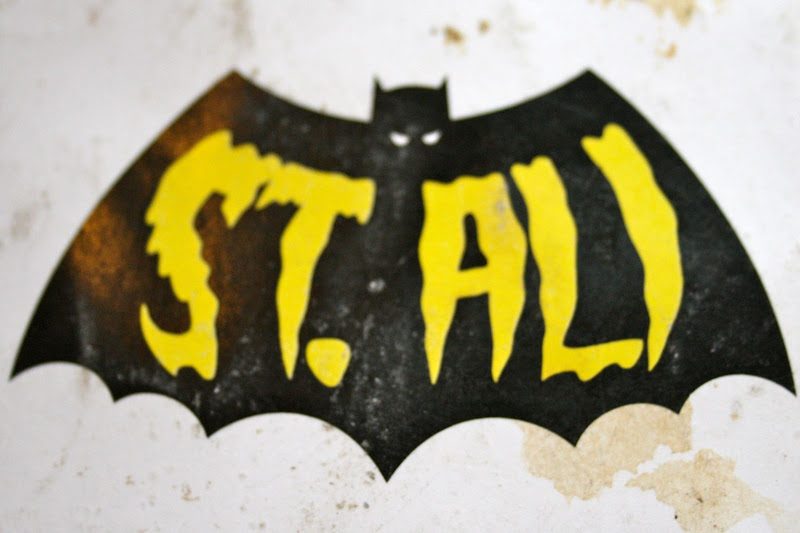 St ALi has recently expanded its horizons, opening a store in the UK, and it is easy to see why. Both the cafe and the coffee was full of charm and character.