Another day, another Synesso. That’s how it feels wandering around Brisbane’s specialty coffee institutions. Fifth Battery Roasters is one such institution. 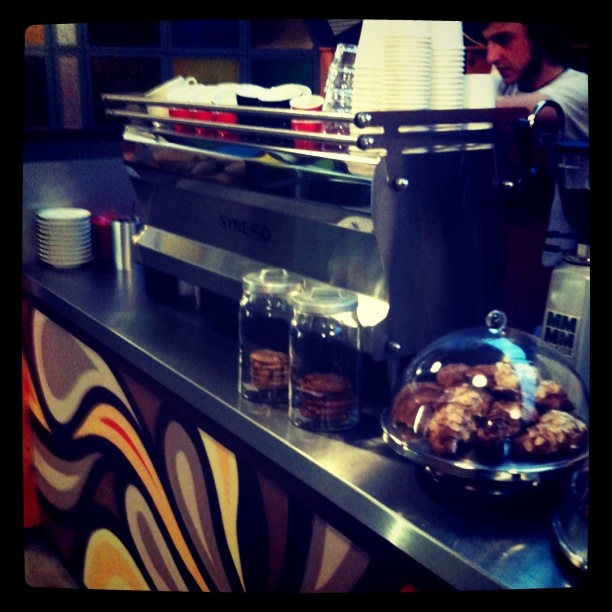 Part of the Brother Espresso family that has outlets around the city – Fifth Battery doesn’t disappoint. Plastic Soldiers line the counter, which feels appropriate given you’re sitting in what feels like a military hanger, albeit lined with colourful glass panes. 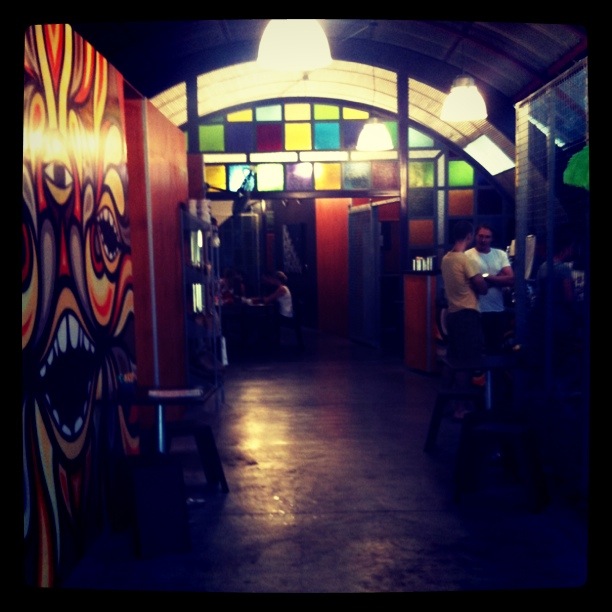 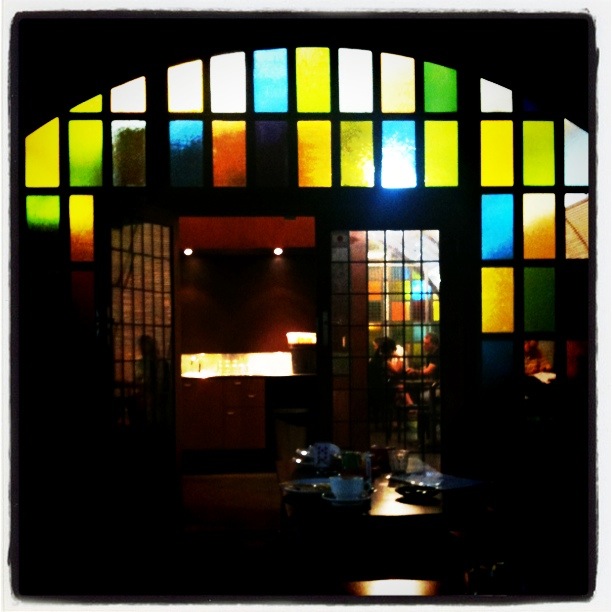 It’s a nice space. Open and airy. It has a great little garden space out the back. It feels like you could ride the bike hanging behind the counter around inside the cafe. There’s that much space. Which is tops.

The food isn’t expensive. You can see a menu here. It was tasty. I had the brioche toast with poached pears. The downside was that it took a little while to come out – my wife had just about finished her meal before mine arrived. But it was worth the wait. Just. 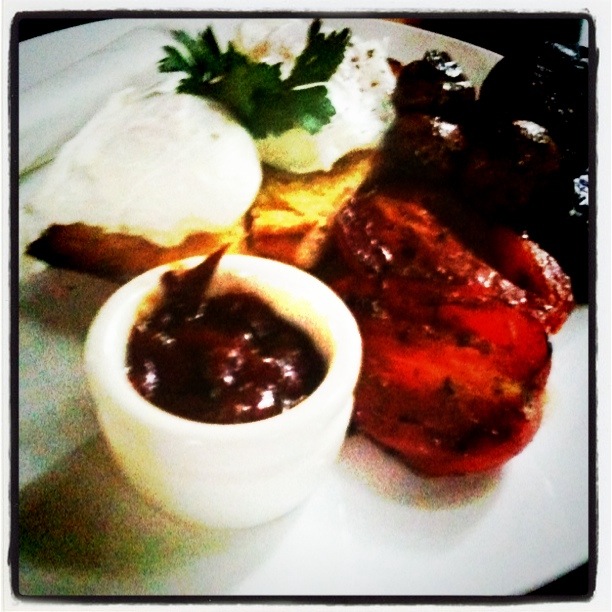 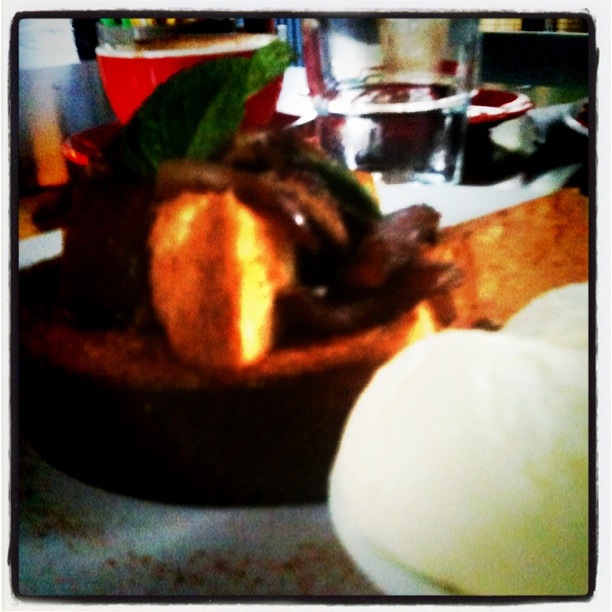 The coffee is good without being spectacular. It’s incredibly well rounded. So well rounded it’s hard to describe a distinguishing feature. The milk didn’t help, most of the flavours the signature blend promises were lost. But in their place was a solid, nutty, cup that didn’t change much from start to finish, there was no bitterness, and the temperature was perfect. 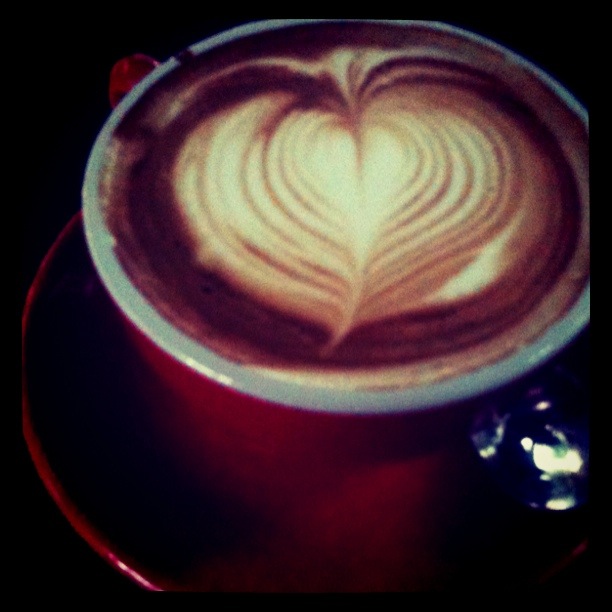 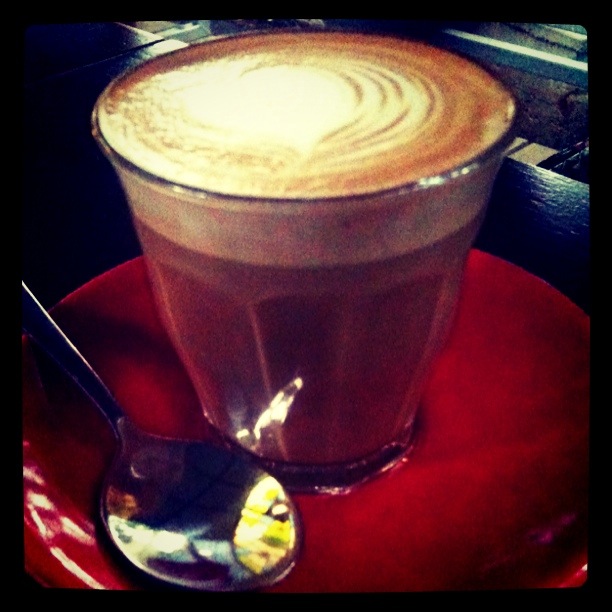 The single origin, a Guatemala Sierra Azul, as a piccolo, was tasty. A very front of mouth experience. It had a touch of brown sugar, a hint of buttery popcorn in the aftertaste, it was a little bit like a caramel popcorn where the sugar hasn’t dissolved completely so the flavours aren’t fully mixed. It was very mellow. And worth a try. So I bought a bag of the beans, so stay tuned for a review of those. 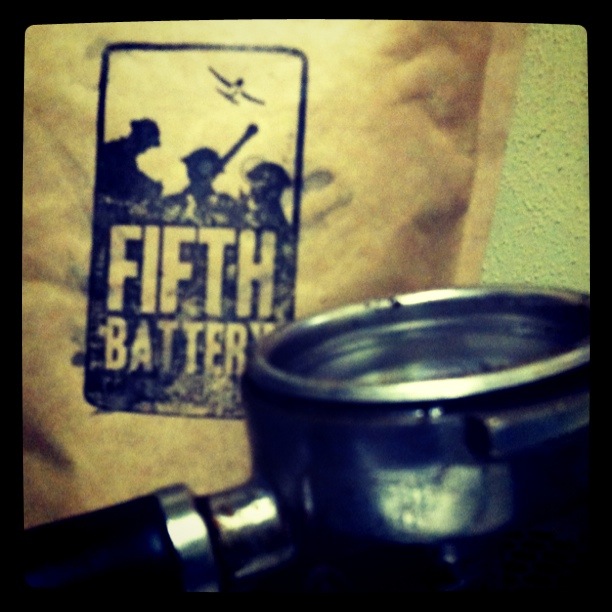 I grabbed a bottle of their cold brew coffee too, which I’ve enjoyed at home. And they sell coffee bags for a gold coin donation – which is perfect if you’re looking to do a little bit of coffee inspired art and craft.

Fifth Battery has a great aesthetic, the atmosphere is friendly and casual, the tunes were good. It’s everything you’d expect from a little gem tucked away in the back streets of Fortitude Valley. A worthy breakfast stop.